Don’t let shame write off your friendships with Adrian Munro

A sense of shame says, I’ve made some mistakes in the past. It’s a dead-end that tells us I can’t move on, I can’t be better than this.

A sense of guilt says, I’ve made some mistakes in the past but that doesn’t define me, I’m better than that, I’m going to learn and improve.

Often it comes down to how we perceive things in our minds, so when we’re supporting our friends and family, it’s important to challenge ourselves to think “is this shame or is this guilt?”

“I have a friend that lives interstate,” said Adrian Munro CEO of Richmond Wellbeing during his segment on The Brekky Show. “He needed a bit of help and I was able to support him over a few weeks. At the end of it, he sent me an email and said ‘I was unsure if I could still reach out.’ We kinda’ lost contact and he reflected that he may not have been the best friend to me, and he wasn’t sure if we were still on good standing. So I emailed him back and said ‘mate, of course, we’re still good friends’ and it made me realise this is often the case in our own friendships and relationships.”

Shame tries to stop us from rebuilding friendships

We can have friendships or relationships in which we used to be really close before there was a bump in the road. After that, it’s very easy for a sense of shame to creep in and tell us those relationships are now lost and we’re never getting them back because we don’t deserve it. It’s very easy to catastrophise those situations with shame. Rather than only feeling guilty and thinking, yes I made some mistakes, maybe I wasn’t a good friend but there is a way back.

It’s very limiting and very hard to move on from a sense of shame because it binds us. So Adrian Monroe encourages us to look back at relationships we have written off and think about how to make our way back.

So often, the situation is so much worse in our own mind and you may not realise the other person is thinking that it wasn’t that bad at all.

On the flipside, if you feel jaded by someone, maybe you feel like they let you down, treat them with graciousness when they say they want to rebuild the friendship. In the same way that we don’t want our mistakes to define us, let’s not define our friends by theirs.

Have a listen to Adrian’s wisdom on friendships below: 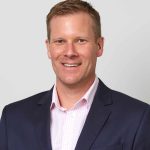 Adrian Munro is the CEO of Richmond Wellbeing and joins The Brekky Show every fortnight to talk into mental health. He has worked in a range of primary health services including Hospitals, Private Practice and Community Health Care in Aged and Disability before moving into the social services sector and Mental Health. Adrian first qualified as a Physiotherapist before completing a Post Grad Diploma in Health Services Administration.

Mental Health Recovery is in the Hands of the Community

The power of words with Adrian Munro