I was excited to read Dime Sheppard’s book Crime Writer, after finding out about it through an email, and I was not

disappointed! I particularly love to read adventure stories and if it has a bit of romance thrown in, all the better! For a first time novelist, the story was well executed and entertaining and the characters well-developed and engaging, I couldn’t put it down! Crime Writer had a bit of a Stranger than Fiction (2006 film) feel to it, where the author starts getting bossed around by the characters in her own book series and the line between fiction and reality starts to become blurred. I loved how Author (in the book) Evie Howland was essentially sucked into her own story and the power of the pen (super-power more like it) led Evie and her book characters Carolyn and Jay on a ‘real’ and dangerous adventure! A mission that see Evie dragged from the safety of her writing den and onto the pages of her novel!

If you enjoy fast-paced adventure stories with a romantic twist thrown in, you’ll love Crime Writer! Best enjoyed curled up on a couch with a hot drink (warning: several hot drinks may be required if you’re anything like me and can’t stop reading it!).

Please note: Crime Writer is not a faith based story, but God inspired.

I discovered that, though the story was an ordinary (non-faith) one, the premise made room for a rich discussion about free will, and brought forward the idea of someone who is “behind our story” who wants the best for us, but doesn’t want to control us. – Dime Sheppard

Scroll down to read the inspiring story behind Crime Writer.

Want to know how you can get your hands on a copy? Go to Dime Sheppard’s website

Evie Howland has problems.
Guns. Bombs. Murderers.
And that’s just on the page

In real life she’s meant to be planning a wedding to adorable billionaire Daniel Bradley, but Evie is seriously snarled in the sixteenth book of her successful crime series. In fact, her protagonists are becoming almost impossible to wrangle: NYPD detective Carolyn Harding is volatile after a messy divorce, and Detective Jay Ryan has that heated look in his blue eyes again. They’re both sick of being written. And frankly they’re getting a little…physical. Evie is beginning to wonder if she’s ever going to finish Book Sixteen and get them back into fiction where they belong.

But when a disturbingly familiar homicide surfaces in the city papers, it seems as if other, darker characters might have crossed the fiction-frontier too. In which case, Evie is in a lot of real-life trouble.

If she’s going to survive it, Evie must face her own worst fears, and learn that real love can be the best way of writing her own story.

But can she change the ending?

The idea for this story came all at once. At the time I was working as a coordinator for a weekly sit-down meal for the homeless in my city. Sometimes those meals just didn’t go smoothly, and one night I was driving home from work, after a particularly wild evening. I think this night there might have been a fight between two clients with shouting, or I might have had to call the police or an ambulance. I don’t quite remember. Either way I was feeling a bit emotional as I drove home (I was bawling over the steering wheel). I stopped at a set of traffic lights and suddenly, quite out of nowhere, the whole story just downloaded into my mind like a heavenly gift. Concept, plot, characters, everything. The whole first scene, dialogue and all. I rushed home and scribbled it all into a notebook.

Unexpectedly, it was a crime story, with a serial killer and love angle and set in New York City. What did I know about New York City? Nothing. That was about seven years ago. Since then, the journey through writing it, editing it, miraculously visiting New York City, and then waiting (for years) for the provision to move into the publishing phase, has been a deeply relational one. I discovered that, though the story was an ordinary (non-faith) one, the premise made room for a rich discussion about free will, and brought forward the idea of someone who is “behind our story” who wants the best for us, but doesn’t want to control us.

At many points I would have given up. Several times the Lord told me – to my face, mind you – that he wanted me to keep going. So I stumbled forward, not wanting to, wanting to hide under a blanket, instead. In the process, he has grown me, so wonderfully, into a place of trust that I only dreamed of seven years ago. I’ve been utterly captured, along the way, by the reality that nothing – nothing – is valuable that doesn’t lead to deeper intimacy with Jesus.

So now I have a book, but the value of that book is all the history that it represents between me and God. My heart is that because this book isn’t a “faith” one, because it won’t hit people’s “faith filter”, and cause them to switch off their eyes or ears, that it will be a powerful vehicle for the Holy Spirit to pour truth into reader’s lives. He’ll ask them questions, while they’re reading, and give them hunger for the answers. And then he’ll show them what the answers are, because he’s a genius.

How did you find your faith? 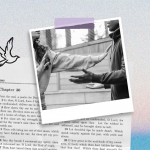 A Finding Faith Story: I met a worship leader at a casino 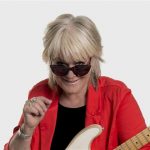