Show and Tell: A cooking Hack VS a giant bonfire

Every Wednesday Mel & Jeziel catch up on the last week and share something they’ve learned in the last 7 days for Show and Tell. Whether it be a mind-blowing moment or a small ah-uhhh moment, they bring it to the family to share what they’ve learnt.

This week Mel has discovered a cooking hack!

Let’s set the scene. It’s 7 o’clock, you’re halfway through making your legendary spag bol for dinner. The pasta is boiling, the sauce is simmering but suddenly the kids burst in to tell about what they’re watching on Netflix. You only look away for a few minutes but when you turn back, the pasta pot has bubbled up and boiled over! The starchy water has gone all over the hot plate and now there’s one extra thing to clean after everyone has eaten.

Enter Mel and her Show and Tell. It’s a wooden spoon hack that stops this from happening!

This week, while Mel was preparing to make Jeziel’s wedding cake she discovered a handy cooking tip. Mel found out that if you place a wooden spoon across the top of a pot while you’re boiling something, the wooden spoons stops the liquid from bubbling over. The dry wooden spoon pops the bubbles as they rise and keep the water from making a mess. 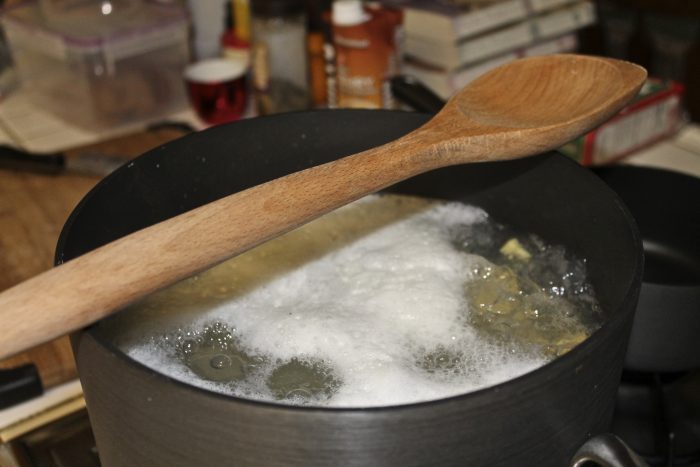 This week Jeziel found a holiday destination to add to his bucket list.

In Norway, to celebrate the Summer Solstice, they have a festival known as The “Sinningsbalet”. So who do you think brought the best Show and Tell to the table? Was it Mel with her wooden spoon hack or Jeziel with his world’s tallest bonfire?

Show and Tell: The Kilogram

A toothpaste hack so your kids stop wasting it!

Show n Tell: Tiny houses and hikers who have to win the lottery