Confessions of a Parent: Has your child given themselves a nickname?

It’s confession time…Has your child ever given themselves a nickname? Bec’s daughter Gwyneth decided that she wants to be called ‘Winnie’. “I made a silly nickname for her Gwinnine Toes Jones. She was like no I really like the name Winnie.”

After a trip to the beach, Kelly’s brother decided he wanted to be called ‘sea-man’. “That sounds like another word so we are lucky it didn’t stick.” When Jenny was in primary school everyone called her Henny Penny.
“Henny Penny was always running around saying the sky is falling. Cause I’m always running around.”

When Theresa was in primary school she thought the epitome of coolness was having a nickname. Everyone had one except her so she decided that since she liked chewing gum she wanted to be called ‘gummy’. “I wanted all my friends to call me that and they didn’t. I work in a school now and I still don’t have a nickname.”

Has your child ever given themselves a nickname? Let us know by texting or messaging us on socials. Listen to the full chat below! 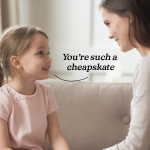 Confessions of a Parent: When did your kid call you out? 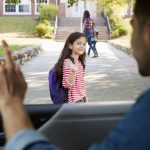 When did your child have a mature moment? 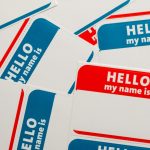 7% of Aussie parents regret what they name their child