In the face of devastating loss, our belief in the goodness of God can understandably be challenged. We wonder how a good God could allow us to experience such grief or pain, and why our circumstances have unfolded as they have.

Toby Mac is one of the most prolific Christian music artists in the industry. From his early days in DC Talk, to a thriving solo career that’s earned him seven Grammy Awards and over 16 million unit sales, Toby has offered thousands around the world eclectic anthems to their faith.

In 2019, he and his family suffered an immense tragedy when Toby’s first-born son Truett passed away from an accidental drug overdose soon after his first headline show.

“Truett had joy that took the room when he entered,” Toby said at the time.“He had an untamable grand personality and dreams to match, and he hated being put in a box. He was a magnetic son and brother and friend.”

In the almost three years since, while the world then bunkered down for the pandemic, Toby began to write.

Initially releasing 21 Years as a tribute to Truett, and then Promised Land and Help is on the Way, Toby documented his journey from pain to hope, culminating in his new album Life After Death.

“I’ve always written songs from my own life, but life’s always been pretty good to be honest,” Toby said in an interview. “It’s been an amazing journey. I’ve had some pain, I’ve had some struggle, but nothing like this.”

God Promises to Be There In Our Pain

When Toby wrote those first songs, “what I was beginning to learn, is that although God doesn’t always take our pain away – He doesn’t promise that we won’t experience pain – He promises that He will be there with us in it”.

“He was faithful to that for me.”

“What I was beginning to learn, is that although God doesn’t always take our pain away – He doesn’t promise that we won’t experience pain – He promises that He will be there with us in it.”

Arriving at that point didn’t come easy for Toby, who said while he’s always believed in God and didn’t falter in his faith, he did challenge God to show up for him in this season.

“I kind of went out on a limb and said, ‘You better show me something’,” Toby said. “’Need to see something, I need to know you’re good’.

“I begged Him to show me that He’s there for me, that He’s real.”

Soon after, Toby wrote the song The Goodness featuring Blessing Offor having ruminated on a quote which read: “A saint is not someone who is good, but someone who has experienced the goodness of God”.

“Although everything’s not perfect, and my life is very different and I’ll never be the same, I have – before and after my son passing – experienced the goodness of God, and I still do,” Toby said.

Toby Mac wants to turn peoples’ eyes to the King

The vulnerability Toby shares on Life After Death in many ways gives other artists coming up permission to do the same as they see his lead, but it also reflects a goal Toby’s long held for faith-inspired music.

“I think it should be turning eyes to the King,” Toby said. “When I walk in to write a song or a record, or [do] an interview, I just say ‘God, breathe something through me that would turn eyes to you.”

“I want them to leave that arena with the name ‘Jesus’ on their lips. That is my heart’s cry, that’s why I make music,” – Toby Mac

For fans of Toby’s early music with DC Talk, they’ll also get a treat on the new album, as the trio reunites for the single Space.

The track speaks to the division that can form between people, and our need to collectively choose unity over separation.

Singing on the track was a great way to show fans the band are still good mates.

“We text all the time and often,” Toby said. “We climbed a mountain together out of college, and now we’re climbing three different mountains, so the luxury of just being together isn’t there anymore.”

Combining his grief journey with iconic collaborations and his trademark sound, Toby said on Life After Death, “I took God to task a little”.

“I said, ‘You’re going to let this happen in my life, I’m going to give you a chance to show that you’re good’,” he said. “And I can only tell you this: that He’s kind. He met me in the deepest, deepest of valley’s and, He didn’t take the pain away but, He never left me.”

About the Author: Laura Bennett is a media professional, broadcaster and writer from Sydney, Australia. 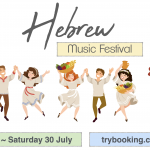 The Power of Music in Kyle’s Journey of Restoration 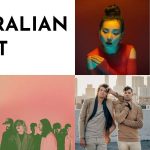 Who should be crowned the Christian Artist of the Year? Vote now!