They earned this honour for throwing and catching the most dice while blindfolded. But their record was stolen back by the previous record holders, David and Johnathan from Idaho! We feel bad and we understand that there is not enough Vegemite in your country to fill the cracks of your hearts right now….Nevertheless we are thrilled to have this record back.”

So Bec and Jeziel decided to steal their record back and catch more than 327 dice! The pair invited timekeepers and witnesses down to the studio, and for 2 hours they made attempt after attempt! Eventually, they succeeded by catching 433 dice! “We have got the biggest grins on our faces, we have reclaimed the title.”

What world record should they attempt next? Let us know by texting or messaging us on socials. Listen to the full chat below! 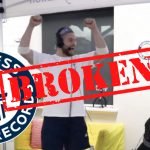 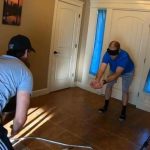 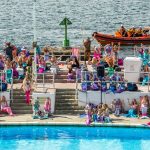