An Australian man was shocked when he checked his bank account on Monday morning. He discovered that $58 million, which did not belong to him, had been deposited into his account. But the honest man immediately called his bank to return the money. His girlfriend shared the shocking turn of events on Twitter: “We could be living on our own island somewhere by now”

My bf woke up with $58 million dollars of someone else’s money in his bank account this morning and rather than take the money and run he opted to call the bank and tell them of the error. We could be living on our own island somewhere by now. Sad. pic.twitter.com/zQxN1yApYe

What would you do in this situation? Would you take the money and run or tell the bank? Let us know by texting or messaging us on socials then listen to the full chat below! 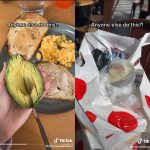 Aussie woman brings her own avocado to cafes to save money