Across the Ditch: The man who was desperate for petrol

Every Wednesday, Mel and Jeziel get Asa Andersen on the horn all the way from across the ditch; New Zealand! As Jeziel’s younger brother, he brings them an askew view of the New Zealand news, and this week was no different. 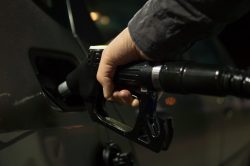 Well, it was a little different. Usually Asa is a full bottle of quirky New Zealand news. However, this week he struggled a little, and he even admitted it:

“I told you they weren’t great. I tried to warn you. I contemplated calling in sick, just so we didn’t have to run these stories”

Despite his reluctance, the natural charm of three of them eventually led to a hilarious discussion about two kids who got into a playground fight over Fortnite, and a man who ran out of petrol and crossed 8 lanes of traffic to get to a fuel station.

Across the Ditch: Slow news day

Across the Ditch: the man with 9000 egg cups

Across the Ditch: A weird dog, and a special appearance from Jeziel’s mum

Across the Ditch: the pool that couldn’t stay open

Across the Ditch: the lady who wants to crochet the world