Every day Kirste, Dan and Producer Leon serve up a yummy dish of Newsli.

Conspiracy theorist are going wild after they spotted a mysterious black cube emerging from the sun, on NASA’s camera footage before the website shut down. Self proclaimed alien expert Scott C Waring said, “right after the cube exited the sun … a huge solid black screen covered up 25 per cent of the whole viewing area. It’s clear that NASA is trying to hide these cubes from us.” But SOHO project scientist Bernhard Fleck, explained the cube was just a glitch in the footage.

A woman was stranded in a parking lot after someone cable tied a trolley to her car. She posted the photo online but was blamed for parking poorly ad provoking the person to tie the trolley to her car door handle.

A woman was enraged after her £300 package was handed to her neighbour who claimed she had no idea where the parcel had gone. Mia received picture proof from her courier that her package had been delivered to her neighbours house who denies having them. “This is £300 worth of stuff. Not even exciting stuff either, it’s a laundry hamper and some new bedding.”

@miaxmonim so angry i’ll update u when i find out more 😭 / if i get refunded. 999 hello parcel police please♬ original sound – mia mon 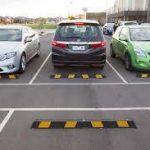 Woman Used Her Friend’s Spare Key to Deliver Flowers. Is This A Breach of Privacy? 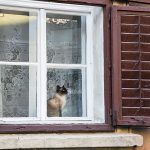 Woman is Furious that her Neighbour keeps ‘Stealing’ her Cat