The Earth is spinning faster than normal

On the 29th of June, midnight arrived 1.59 milliseconds sooner than expected making it the shortest day on record. “If Earth’s fast rotation continues, it could lead to the introduction of the first-ever negative leap second,” said astrophysicist Graham Jones. “A negative leap second would mean that our clocks skip one second, which could potentially create problems for IT systems.”

A woman warned others after a botched botox lip procedure

Pamela underwent a ‘lip flip’ procedure where botox is injected into the top lip for more volume. But she is unhappy with the results and says ‘it is the most annoying thing ever.” It has left her struggling to speak, drink and even blow a cup of tea to cool it down.

A woman found a snake in a bag of popcorn

A woman was grocery shopping and noticed a hole in a bag of popcorn. She put it in her basket to take it to the front counter when a black snake slithered out! “As soon as I went to put the bag in my basket to take it up front because you know, they can’t sell it. The thing had popped out, and you know, I was like, ‘Oh, well, hi.” 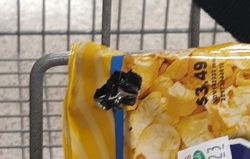 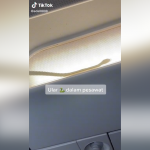 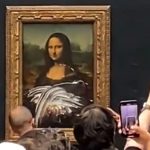 Woman ruins her neighbour’s wedding by mowing her lawn