Everybody, it seems, loves Tom Hanks. Not only is he a gifted actor with two Academy Awards, four other nominations, and dozens of other accolades.

Yet, he has also become a cultural icon known for his warmth and genuity. He can give dramatic and comedic performances and is considered one of the most successful actors. In September 2017, it was announced that Hanks would star in an English-language adaptation of the 2015 Swedish film (originally a novel) A Man Called Ove. In this storyline, grumpy 60-year-old Otto Anderson’s wife dies and then he is forced to retire from his job of nearly 40 years. Since he seemingly has nothing to live for, Otto decides to end his life. Still, his attempts are constantly interrupted by his boisterous new neighbours who move in across the street. An unlikely friendship forms as he meets his match in the quick-witted, pregnant mother Marisol (Mariana Treviño), who challenges him to see the brighter side of things.

Tom Hanks is brilliant as he plays against type as the curmudgeonly neighbour who finds other people bothersome, irritating and downright idiotic. Whilst it is expected that Otto will warm up throughout the film. It is an organic arc that features some heavy heartache that he must process. Mariana Treviño is an absolute scene stealer, which is saying something when she shares most of her scenes with Hanks. Her spunk, determination, and energy are infectious. As their relationship develops, it’s motivating to see her continue to strive to live a better life and find opportunities to learn and grow.

Whilst the film’s marketing makes the story out to be an overly saccharine ball of schmaltz of emotional manipulation and predictability. The screenplay’s reality is a vibrant story about grief and mourning. The film goes to some fairly dark places, especially when Otto repeatedly attempts suicide. Director Marc Forster (Finding Neverland, Christopher Robin) does well to navigate and balance the different tones resulting in an ultimately hopeful atmosphere. His use of powerful flashbacks gives us a glimpse into what Otto’s life used to be and why he is the way he is now. These flashbacks also allow us to meet his late wife and learn of her positive impact on the community and the lives of her students.

A Man Called Otto is still conventional in its approach. But it’s a warm crowd-pleaser that is told powerfully and will warm even the grumpiest hearts.

Reel Dialogue: What Does it Mean to be a Good Neighbour? 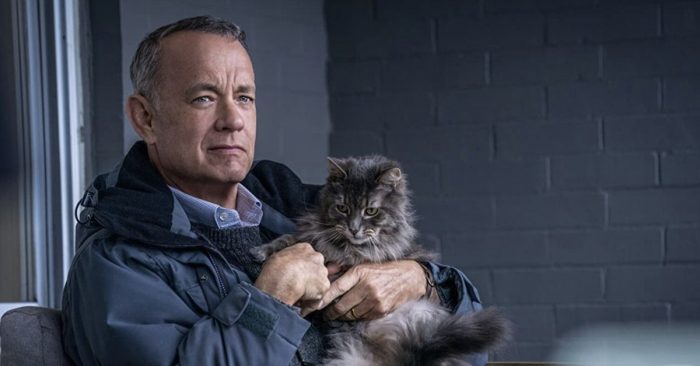 Otto lives in a private housing strata filled with identical homes. As the film unfolds, we learn that he used to be an instrumental leader in the housing community. But has become increasingly unfriendly and uncaring of his fellow neighbours. That is until his new neighbours inject his black-and-white world with much-needed colour. His unlikely friendship with the matriarch Marisol leads Otto to rediscover the importance of caring for others and letting others care for him. A gradual depiction of the power of community and value of neighbourly love.

Mark 12:31 “The second is this: ‘Love your neighbour as yourself.’ There is no commandment greater than these.”

Article supplied with thanks to City Bible Forum.

About the author: Michael Walsh is a Missions Engagement Minister in Sydney, and an avid film fan. His love of film is surpassed only by his love of God, and his desire to make the Gospel known.