A DNA test revealed that a couple are actually siblings

A couple who have been together for six years discovered that they are actually siblings.

The girlfriend shared the shocking story on Reddit. “I was adopted as a baby but I didn’t know that I was adopted until I was in high school… My boyfriend was also adopted and when we met it was one of the things we sort of bonded over.” They decided to take DNA tests so they could learn more about each other, but it revealed a truth they never expected.
“I was SHOCKED, to say the least. I’m really hoping they made a mistake but things are kind of starting to make sense to me now.”

DNA tests can be an interesting way to learn more about yourself, but they can also reveal that you might be closer than you think to the people around you. When Sandra got engaged her mother went through their family tree to make sure she wasn’t related to her fiancé. But they discovered that Sandra’s grandma used to babysit her husband’s mother. “When she turned 20 she got married and they never saw each other again until a year before our wedding.”

Kelly’s grandparents had families separately and then married. They always thought it was strange that their surnames were so similar, so her uncle decided to go through the family tree and found out that her grandfather’s dad and grandmother’s grandfather were brothers. “So we are actually inbred I suppose you could say. It’s the running family joke.”

Have you taken a DNA test? Let us know by texting or messaging us on socials. Listen to the full chat below! 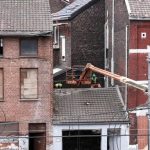 Weekend Planner: Carols in the City are back!

GOOD NEWS: A small town in Greece has reduced their landfill by 86%