I had a coffee with a friend of mine who runs a large services business. He was struggling because his business had plateaued. It was one of the bigger businesses in our area. In fact, it was really a big fish in a small pond and he needed to jump into a bigger pond. We got to a point in our conversation and my friend stopped himself half way through a sentence. He was trying to explain where he would like to go with his business but didn’t have a clear picture of how to get there. Because he didn’t know how to get there, he wasn’t really willing to acknowledge, even to himself, where he was wanting to go.

I prompted him to keep going, and after some objections, he did, and he surprised himself. He knew where he wanted to go and once he acknowledged it he started filling in the gaps between the end outcome and where he was right now.

Since that time with my friend I have seen this same scenario play out with a number of my clients and also in my own life.

Having seen this in action I now know the value of articulating my dreams.

The upshot: don’t let your inability to see how the journey could unfold stop you from articulating the vision that you see.

Here are 3 practical ways to help get your dream or vision out of you and into a list of actions:

Write it down. Either a) save a word document on your desktop and take 15 minutes a day to update it as you think it over, over days or weeks; or b) create an Evernote notebook or note and update it as you have new thoughts.

3. Spend time with yourself

Have a coffee with yourself. Go grab a coffee at a local cafe with a laptop and write it up as much as possible. There can be a real benefit in getting out of your everyday surrounds and getting free from the emotions attached with your environment.

This article was originally published on Nathaniel Garvin’s website as Incredibly useful ideas: articulating the vision that you see 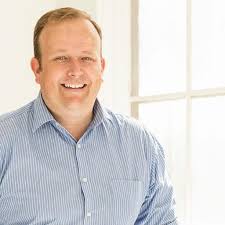 Nathaniel Garvin is the Owner/Director of Remarkable Communication and Musicbuzz. He has worked in the radio/music industry for over 15 years. Including time as General Manager for Coast FM and Ultra106five. Other past roles also include Vice President and Policy and Compliance Manager for Christian Media and Arts Australia and a Director of the Community Broadcasting Foundation.

4 steps when creating a business strategy

7 ways to fully engage your employees

Free download of ‘Together; Family Vision Book’ by Amanda Viviers