Jeziel and his wife went to bed when they heard glass shattering and a man grumbling. They thought someone was trying to break in so they called the police and Jeziel went to investigate. He saw glass shards all over the floor. “I put on my big boy pants and tried to act way bigger than I am. I was like what’s going on?” He heard the man shout back “Sorry”. “I was like what? In my head now that I’ve yelled at them they should run away not someone yelling back sorry.” A man mistook their house for his, tripped over the pavement and put his head and hand through the window. Fortunately, the man was okay and they got the window fixed. But it got Bec and Jeziel wondering if anyone else has window-shattering stories.

Tom and his family were living in a house with floor to ceiling windows. One day he heard glass shattering from his kids’ room and went to see what happened. One of the bottom windows was broken and so asked his kids to show him what happened. The oldest proceeded to push the youngest through the other window and he went flying into the front yard. “That day I got double glazed windows and I replaced all the windows on the bottom level. Not a scratch nothing they were small enough to fall through and not get hurt.”

Cats were fighting outside Chris’s bedroom so he decided to shake the window to scare them off. But he accidentally smashed his fist through the window without realising it. “My partner said did you just break the window and I was like I don’t know thought I was dreaming.”

Lorraine’s son and his mate were playing on the couch when his friend toppled over and went through the window. Luckily they were both okay. “That’s what I don’t get with all these breaking windows. Everyone was fine no blood.” Lindsey and her friend were running towards the door when she tripped on the carpet and put her fist through the window. “I was picking glass out three weeks later from my hand.”

How did the window break? Let us know by texting or messaging us on socials. Listen to the full chat below! 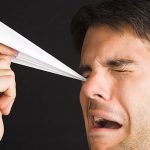 3 crazy times something poked people in the eye! 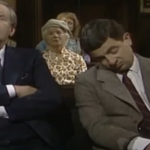 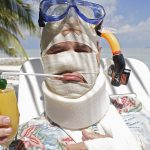