The 98five team for Ping Pong-a-thon has been assembled, with 12 year old Jed taking home the captain’s armband for the Perth CBD event on Friday October 7.

Jeziel opened the doors of the 98five studio yesterday for listeners to take each other on in a variety of singles and doubles matches, with our favourite Kiwi launching a “distraction challenge” on Emmanuel and Jed.

Emmanuel was tasked with playing a round of ping pong with a full chicken on his hand and Jed had to navigate the table with eggs in producer Mike’s shoes.

They’ll be joined by Malcolm, Anthony and Steven for Ping Pong-a-thon in the City. 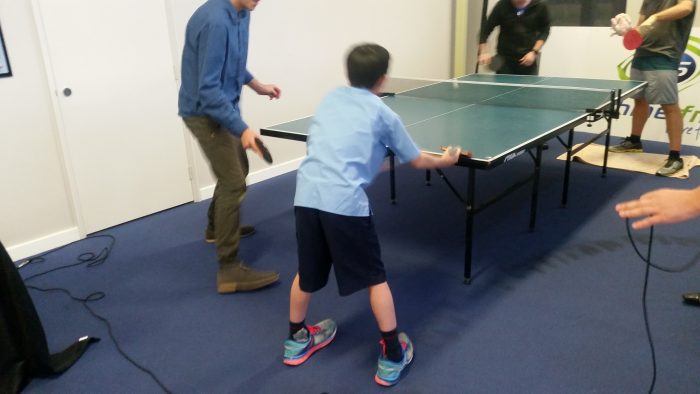 The Pong is a dynamic and fun twenty-four hour table tennis event that runs in venues across Australia every October. Participants sign up to play for a minimum of three hours of table tennis at their venue of choice and invite their family/friends to sponsor their efforts.

Ping Pong-A-Thon partners in the work of creative, passionate and innovative organisations who are committed to supporting, equipping and nurturing the lives of young people impacted by human trafficking and exploitation in South East Asia.

Jeziel is broadcasting live from the Perth CBD Ping Pong-a-thon at The Quadrant, 1 William Street, Perth on Friday October 7. The 98five team will be in action from 3–6pm with Jeziel as the honorary captain. The Team will have a fundraising page for Ping-pong-a-thon in order to raise funds to help young people break free of human trafficking. 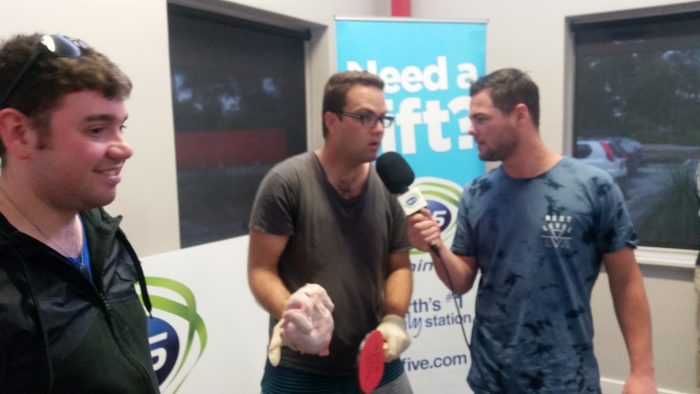 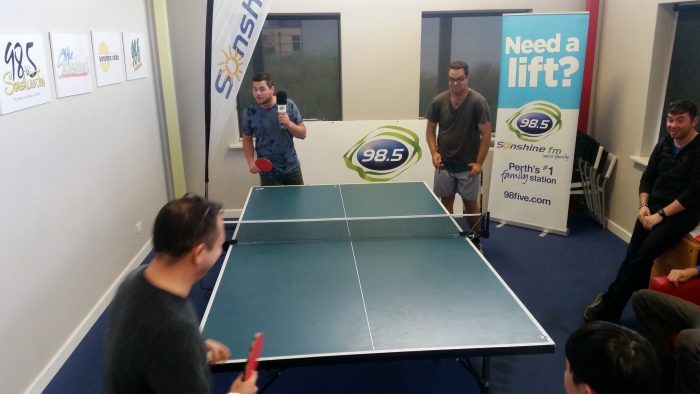 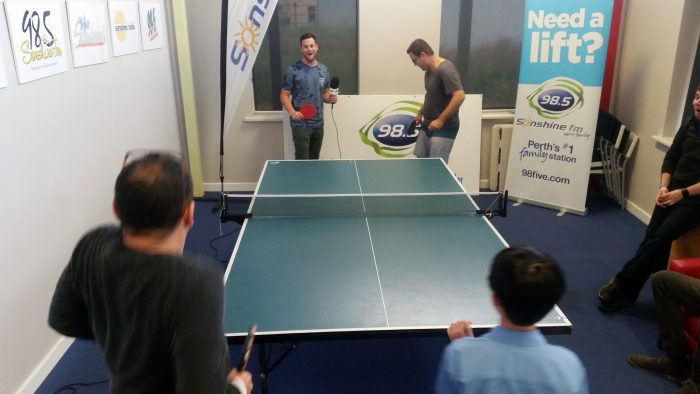